Philosophy stands in a relation of historical importance to many other disciplines. The driving questions, historical figures, and even contemporary literature of numerous fields of study often overlap with philosophy. Philosophers of biology, literature, feminism, mathematics, moral psychology, and critical race theory all study and have produced significant scholarship for those working primarily in these disciplines. Often enough, the interdisciplinary work of philosophers and non-philosophers alike are motivated by an interest or even full-fledged commitment to the tenets of pragmatism.  Among the approaches to philosophical inquiry, pragmatism has proven its import for the humanities, social sciences, and the natural sciences. Inquiry itself is central to the philosophical project of pragmatism, and questions about the distinct methods of inquiry proper to other disciplines are shared by pragmatists. Pragmatism’s relevance to other disciplines is strengthened by its interests in the relationship between theory and practice, fallibilism, anti-foundationalism, historical contingency, revisability, pluralism, and the demand for practical import.  Consequently, we ask what it is about pragmatism and its conception of inquiry that make it amenable to interdisciplinary research? How have the social sciences, the humanities, and the natural sciences appropriated pragmatic themes? What has been the response of pragmatists to the appropriation of their own tradition?

This year’s NSSR Graduate Student Philosophy Conference aims to foster an in-depth conversation about the relationship pragmatism has to other modes of inquiry. We believe that placing different voices of pragmatism in dialogue with those of other disciplines will continue to deepen and develop pragmatism as a resource within the larger intellectual conversation. This will then serve to strengthen the tradition of pragmatism within philosophy itself.

We welcome and encourage papers from all disciplines, as well as from interdisciplinary perspectives. Some topics for submissions are suggested but not limited to:

We invite the submission of papers no longer than 4,500 words prepared for a 20-25 minute presentation. Papers should be submitted as .pdf files and formatted for blind review. As a separate document, please include a cover letter with your name, paper title, institution, and contact information.

Submissions should be sent to: 2015nssrphilosophyconference@gmail.com by December 1, 2014 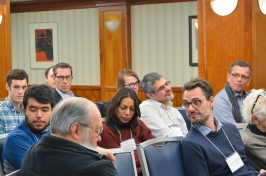 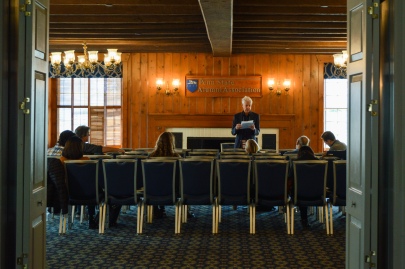 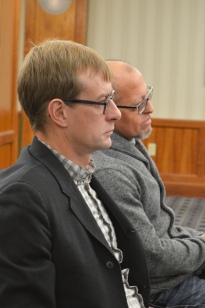